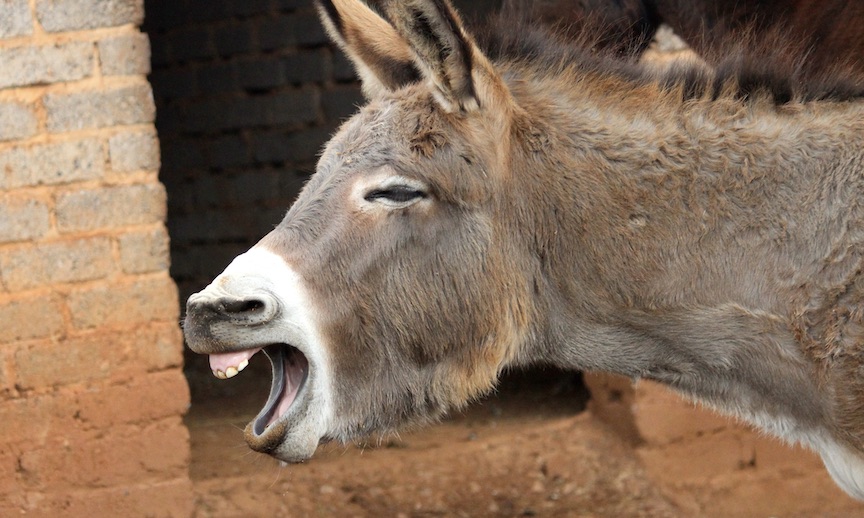 I don’t like to do things half-way. Not half-hearted, half-baked, half-awake, or half-assed. If I’m going to do something, commit to something, anything, I want to give it my all.

For me, usually, this has tended to occur like great engagement and aliveness. Being emotionally, physically, and mentally invested in my life. All-in and full-out, baby!

When I was younger, I think I would’ve said such a work-hard-play-hard style was the way to fulfillment, a life of passion and meaning. There seemed nothing more thrilling and soulful than big undertakings, audacious goals, projects that promised to rip me to shreds and spit me out reconstituted and renewed on the other side. I’m most inspired by causes and cares which seem worthy of my wholehearted devotion, things and causes to which I’d give my life. When the world’s call lights an inner fire, and I’m both compelled and impelled to participate — that has tended to feel like DHARMA, like life-purpose stuff, like a divine appointment.

Now, though… more and more, that just sounds and seems exhausting. And maybe a lot more intense than it needs to be. Maybe it’s age, maybe it’s wisdom, probably some of both. But I mean, seriously, I can’t approach my whole life that way, the whole world that way, anymore. It’s too much.

While I ambling through the Silver Hill neighborhood, just southwest of the UNM campus a few weeks ago, I was surprised to see a roadrunner scamper up a tree on the other side of the street, in three quick leaps. The tree was an ordinary tree, youngish, part of the streetscape this side of the sidewalk. I don’t think I’d ever seen a roadrunner climb before, and I wasn’t totally sure I’d truly seen it, so I crossed over to investigate.

Sure enough, there she was, about 10 or 12 feet up, in her nest. I almost missed her because another roadrunner, her mate I guess, was darting around trying to distract me on the ground not far away.

It makes sense that they’d nest in trees. But I suppose I’d always assumed that roadrunners were ground-nesters, hiding in clumps of nopal or other protective cacti. I’d never seen one in a nest before, anywhere, in any case, so it felt like a special encounter. Immediately, I was completely charmed and utterly invested in this roadrunner and her family.

I walked the same route again the next day to try to catch another glimpse, but I was disappointed that I couldn’t locate the right tree. I had told people about my new friend, this mama roadrunner. The following day, I walked in the opposite direction, scanning the branches above, trying to remember which house she’d been in front of. Alas, though, again I could not find her. The next day, I was determined. I was prepared to pause under every single tree between Sycamore and Yale, on the south side of Silver, and seek until I saw her or at least her nest again. That day, though, I noticed that a crew had been through and trimmed all the lower branches from every tree.

My search became urgent, almost frantic. With every empty tree that I passed, I became more convinced that her nest had been destroyed and discarded with the cuttings. “How could they do such a thing?!” I ranted to myself. I worked myself into a froth at the City, the residents, the neighborhood association, and the tree-trimmers. “Why would they do this during nesting season?! It’s barbaric!”

So then I told people about that — the callous disregard for life, the senseless destruction of it. My story became a tragedy. Travis joined me in my outrage. “We should call our City Councilor, petition the neighbors, file a complaint!” he fumed. I took him with me so he could witness the atrocity himself — the cuts, the desolate canopy…

By this time, my rage had become a profound sadness, a mourning far disproportionate to my relationship with this bird. In my mind she had become all birds, all Nature. She was all the animals displaced and killed in wildfires. She was critically-endangered orangutan in Borneo and rhinos cruelly poached in Africa. She was a symbol of humanity’s destruction, and everything that we lose because we don’t care enough…

Then I saw her.

Much closer to Yale than I’d remembered. At the point on the stretch where every time I’d given up looking because I was sure she was gone, there she was. Though the branches below her had indeed been trimmed, she seemed dandy, her sturdy nest intact. And I sobbed on the corner of Silver and Yale.

I’m not sure exactly how this story fits with what I want to talk about, but I sense that it’s key, somehow.

While talking to my friend a few weeks ago, describing some project or undertaking, I said, “There’s nothing half-assed about me. I’m full-assed.”

FULL-ASSED was going to be my title until I realized that describing myself thus sounded either: A) more big-bottomed than I’d like to think I am, or B) “full” as a measure of capacity, which wasn’t what I was really meaning to say. So I settled on WHOLE-ASSED instead.

But now, I’m questioning, too, the wisdom of being whole-assed — going all-in, giving myself completely to all the causes and people (and roadrunners) I’m passionate about. I’m thinking about how full-on whole-assed-ness might not be sustainable indefinitely.

All-in may feel like reassuring clarity and certainty. There’s right and there’s wrong, and I know where I stand. I’m either all-in or I’m not playing. But also, again, that sounds like burn-out or nervous breakdown ready to happen. I don’t know that I can sustain it indefinitely.

Even if we pace ourselves and practice self-care, even if it’s not physical but a matter of outlook and intention and commitment, being relentlessly whole-assed can be darned depleting when it’s the only setting we’ve got. It does become a matter of capacity, whether we call it “whole” or “full.”

Is the ass half-full or half-empty?

Part of me still wants to say it’s not half-anything, it’s all the way one or the other. But now I’m not so sure. Half-full and half-empty both might spell a more healthy ambivalence. Half-full and half-empty both leave room for something else. It might leave room for pleasant surprises and happy endings, like finding the roadrunner safe in her next. Maybe it could allow room for me to have a completely refreshed experience of my life and the world. Perhaps it doesn’t have to be all-in, over-my-head, dialed-up-to-eleven, chewed-up and spit-out all the time…

Ass-half-full, even half-assed, sounds kind of nice when I put it like that.

I can’t wait to be with you this Sunday, June 5, 10:00am at Maple Street Dance Space. With the divine Patty Stephens. XO, Drew