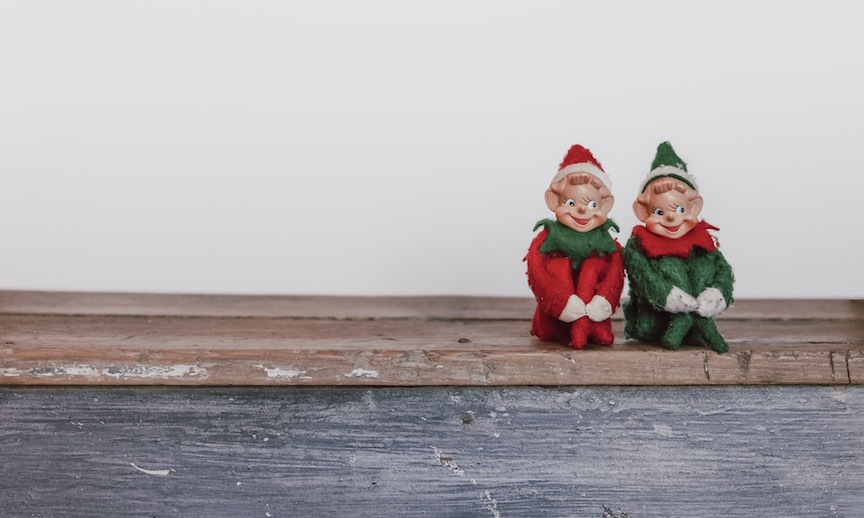 We just returned from a lovely trip to San Francisco. I really enjoy being in the city during the holiday season, with everything decorated and tinselly. The weather was wonderful, perfect hoodie temperatures. And we had enough time both to revisit some of our favorite places as well as to explore some new ones. All in all, a great vacation!

One of the reasons I like getaways is that they tend to jostle my perspective a bit, shifting my usual way of looking at things, sparking fresh ideas and creative impulses. I feel like that happened on this trip. I’m still in a state of jolly discombobulation. And I’m eager to share some new thoughts with you. But I haven’t been able, yet, to wrap my mind around these new thoughts, or even to be able to tell if they’re really new…

So I think I’m going to just write about a few cool experiences and then see if I can make them fit somehow with my title.

We went to a special exhibit at the Asian Art Museum. It was called “Continuity,” by Tokyo-based arts collective teamLab. Yowza! Created by designers, programmers, and artists, it’s an immersive multi-room experience, with moving digital images (butterflies, birds, blooming chrysanthemums) projected onto every surface — the floors, walls, ceiling, and everyone inside. Music and fragrance waft through the spaces. The rooms are full of mirrors, too, so it’s quite disorienting. We read a little about it before entering, enigmatic plaques along the walls inviting us into an “ultra-subjective dimensionality.” One of the pieces was titled: “Crows are Chased and the Chasing Crows are Destined to be Chased as Well, Transcending Space.” I had some vague understanding that the art would be interactive, responding to viewers/participants, though I wasn’t entirely sure how that would work or what it meant.

“Look what I’m making it do!” I squealed.
Travis was skeptical, “I think it’s doing that whether you touch it or not.”
“It’s interactive! We’re contributing to the art just by being here,” I insisted.
“Since it’s all moving and changing constantly, randomly, anyway, how could you possibly tell?” he noted, reasonably.
“That’s the point! Oh my God, I finally understand ultra-subjective dimensionality! Are we making Life, or is Life making us, and what’s the difference?!”

If ever there was a place for epiphanies, it was the dark, mirrored, psychedelic, exploding peony rooms of Continuity. That was Thursday.

Friday was a day for cathedrals, among other things. We’d planned to go to a labyrinth walk at Grace Cathedral that night; we already had tickets for it. But it was an unexpected discovery on Friday afternoon, while walking to Japantown, when we came upon the strange and beautiful edifice that turned out to be St. Mary’s Cathedral of the Assumption, the mother church of the Archdiocese of San Francisco.

Grace Cathedral is traditionally gorgeous, gothic, a little smaller than Notre Dame and St. John the Divine, but the same style. Rose windows, a soaring vaulted ceiling, organ pipes all around, a Chartres labyrinth laid into the floor. Two harpists strummed while we walked the labyrinth just after sundown. It was magical. St. Mary of the Assumption was very different, marvelously modern. I guess the design was controversial during planning and construction, but the result was freakin’ spectacular. Completed in 1970, it couldn’t get much more mid-century — giant concrete triangles, interior buttresses, holding up a ginormous pyramid ceiling. It, too, has stained glass, in narrow strips that appear to rise forever on four sides meeting in a heavenly kaleidoscopic cross far overhead.

Now, I love the intimacy and connection of our Sunday meetings at Maple Street Dance Space. I wouldn’t trade our sweetness for anything. But, man oh man, in these two cathedrals, I was reminded why for hundreds or thousands of years the architectural aim of most religious spaces has been breathtaking majesty. Glory-of-God stuff. Power-of-the-Almighty stuff. Better-bow-down stuff. That’s not really my theological groove, but I get it. And as I thought about it, I realized that it needn’t be contrary to my theological groove. I mean — does the greatness of God make me feel small, or is it an invitation to my own greatness?

Okay, so. I’ve got two questions from those first two days in the city: 1) Am I making Life, or is Life making me, and what’s the difference?; and 2) Does the glory-majesty-power-awe of the Infinite leave me trembling in submission, or does it call forth from me my own innate creativity and might?

And I’ve got a title: Self on the Shelf.

I think what I’m trying to work out has something to do with not dividing ourselves against ourselves, not externalizing the authorship of our lives. Maybe there’s something in here, too, about not judging ourselves so darned much.

The elf-on-the-shelf tradition is cute, but also kind of creepy. Parents put these little elves around the house ostensibly to keep an eye out for Santa, watching for naughty and nice behavior. Elves on the shelves are Santa’s spies, basically. It’s horrifyingly Orwellian, now that I think about it. I certainly don’t want any Big Brother keeping tabs on me — not Santa Claus with an annual list of grievances, not Jesus cataloguing a lifetime of sins, and not the Egyptian god Anubis weighing my heart against a feather in the underworld. A lot of us have mostly rejected such notions. God, truly, is within us, after all, right?

However, I wonder about the extent to which I still keep an aspirational idealized version of my Self up on a metaphorical shelf. The “Higher Self” or “Best Self” or “Divine Self…” It still can get pretty judge-y no matter what I call it. Keeping a naughty & nice list about my bumbling, fumbling ego… Wondering what I’ve done to deserve these lumps of coal… You’d better watch out, you’d better not cry… Yuck.

I’m ready to clear some of that out and declare that the Self on my Shelf is neither critic nor judge. She’s not a spy for God or Santa or even my Own Infinite Wisdom. He’s not there to be a constant comparison against my human failings. My Self is here to love me and everything. My Self is here to forgive me and everything. My Self is here to remind me that ever-unfurling creativity and joy is available right now, always, no matter what. And I get to embody and experience that to the degree that I really embrace my entirety — not only the “nice” parts, but my whole Self.

I can’t wait to be with you this Sunday, December 12, 10:00am, at Maple Street Dance Space. With the divine Patty Stephens. Let’s jingle all the way, friends! XO, Drew

I BEG YOUR PARDON

When I walk, I like to listen to podcasts, so…

I’ve had the iconic Doors song in my head for…

FIT AS A FIDDLE

In high school, Travis had a friend named Natalie, an…