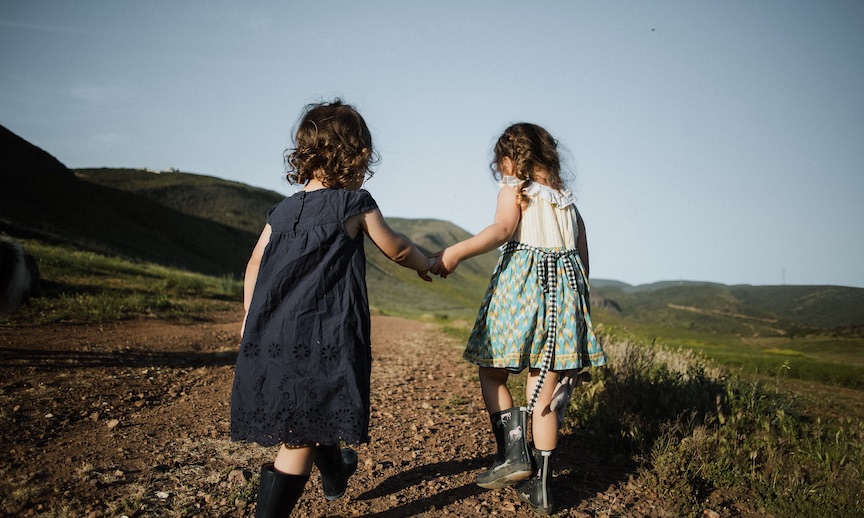 Every now and then I think you might like to hear something from me nice and easy. But there’s just one thing, you see — I never, ever do anything nice and easy. I always do it nice and rough.

That’s lifted from the great Tina Turner, obviously.  But often it does feel like those words could be mine.  A lot of the time my attempts at nice come out pretty darned rough.  And sometimes not even nice and rough, but just rough.  Rough and hard.

I’m good at gung-ho. I’m comfortable being powerful, passionate, effective, forthright, committed, productive, strong, creative, and enthusiastic, which are all excellent ways to be. But nice tends to get lost in all that hustle and bustle. Who’s got time for NICE?! I’ll try to be kind, sure, when I think of it. And considerate… polite… compassionate… But “nice” tends to sound pretty pale next to those qualities.

In fact, I’m more likely to use the word “nice” as a deliberately limp descriptor. Like, if something is just okay — there was nothing wrong with it but it didn’t knock my socks off — I might call it “nice.” Or I use it sarcastically — “How nice for you…” when I really mean the opposite, or I think it wasn’t deserved. Or I might call somebody “nice” with such pronounced air-quotes that it’s obvious I think they’re anything but.

Nice is faint praise. Or a euphemism. Or an insult.

But then again… when I’m lying in bed in the middle of the night, the thing that tends to keep me awake is the thought that I might have been not nice to someone. I worry about not being nice enough. Even if I was kind, honest, forthright, and direct in my day’s dealings, if I think I might’ve hurt someone’s feelings because I wasn’t sufficiently gentle, if I think I wasn’t very nice — well, then, I probably don’t really deserve a good night’s sleep… And while I’m at it, I’ll consider every other time throughout my entire life that I failed to be nice. Dammit, I’m a mean son of a bitch, now that I think about it (obsess about it)…

So I thought this was going to be about reclaiming “nice.” Clearly it’s something that matters to me, so I ought to try to pull it back from the half-hearted brink where I’ve left it. Why don’t we all prioritize niceness? Wouldn’t the world be a better place if we were simply nicer to each other?!

But when I looked up the origins of the word, I was surprised to find that nice has always been a little mixed and mealy-mouthed.

It first entered the English language in the 13th century, when it meant foolish, ignorant, senseless or silly. It comes from the Latin nescius, which literally means not-knowing, as in not-scientific. Over the centuries, “nice” has gone from meaning timid or faint-hearted, to meaning fussy or fastidious, to suggesting dainty and delicate, to precise and careful, to agreeable and delightful, and finally to the more-or-less contemporary application of kind and thoughtful (since about 1830).

All those unctuous, simpering, solicitous connotations that I’ve got for the adjective — nice — are baked right into its history. No wonder Tina Turner does it nice and rough. Nice ’n’ Easy is a hair color, for heaven’s sake. It’s inherently false and weak. Hard and rough it shall be!

Then in the midst of this dour conclusion, I came across an article from Popular Science: “From an Evolutionary Perspective, Does It Make Any Sense to Be Nice?”

The authors use the term “nice” basically as a synonym for kindness or selflessness. Does it make evolutionary sense for any creature — it’s not just humans who can demonstrate niceness — to act for the benefit of another? What’s the adaptive advantage?

It seems like it should have been bred out of us eons ago. But there are animals, when competing for a mate or food or shelter, who are physically capable of injuring or killing each other, but purposefully avoid it. There are animals who will assist a stranger without being asked. The advantages of being on the receiving end of nice behaviors are obvious, but to exercise niceness seems to contradict Darwin’s ideas of evolution being a story of constant competition.

Darwin himself theorized thus:  that individuals sometimes behave cooperatively, even if it means personal cost, because it tends to benefit the entire species.  That’s nice. More recently, some scientists have narrowed this idea to double-down on the selfish aspect — offering that we are genetically programmed to be nicer to those with whom we feel kinship, those who look like us, because if we help those who share our DNA, it’s thus getting passed down even if indirectly.  That’s “nice.”  Another theory — reciprocal altruism — attempts to explain kindness between unrelated individuals, those with no shared genes. This is a sort of “I’ll scratch your back if you’ll scratch mine.” Again, nice, but still it’s about personal benefit. Other suggestions include the idea that we may be hard-wired for a sense of reward and punishment, that we’re unconsciously trying to build a reputation for kindness so that others will be more likely to help us out when we need it, and that the more niceness we see in the world the nicer we’re inclined to be.

Only this last seems truly selfless to me. Most of these theories seem to be about being nice in order to get something in return.

I started to wonder: what about being nice just because it’s who we want to be, who we choose to be?

This is getting long. Sorry. I’ll try not to drag it out too much on Sunday.

What I’m thinking now is that maybe I should try to untangle the evolution of nice for myself, so I can embody it with less reservation, more wholeheartedly.

I guess what I’m getting at, what I’m declaring for all of us is my intention that Bosque Center for Spiritual Living be NICE. And not in a namby-pamby, wishy-washy way. But a place of DEEP welcome, INTENTIONAL kindness, DELIBERATE generosity, POWERFUL friendship. It certainly doesn’t hurt that that benefits all of us and each of us. But it’s really for the purpose of simply knowing that that is who we can be, that is who we are.

I can’t wait to be with you this Sunday, September 11. As always, 10:00 am at Maple Street Dance Space in Nob Hill ABQ. With the glorious Patty Stephens. XO, Drew.

I’ve told you before about my Jar of Good Things.…