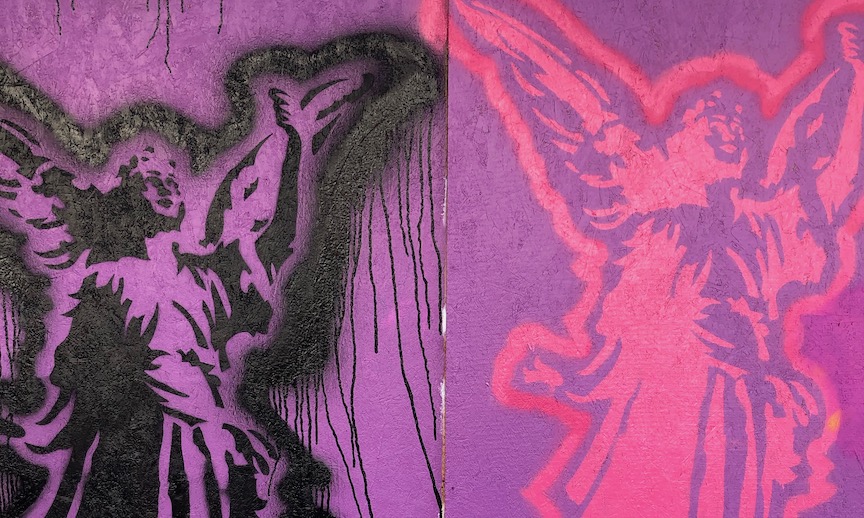 Holy moly, the ups and downs have been dizzying.

One moment, I’ve got tears streaming down my face because I’m so relieved, and it seems like we’re rounding the corner back toward democracy and basic decency. Hooray! Then I remember that 70 million Americans chose the sociopathic autocrat, and my heart sinks.

One moment, I am able to convince myself that people still are basically well-intentioned, that they’ve been misled by hypocrites and liars to vote against their own (and everyone’s) interests. Then I run headfirst into evidence of overt bigotry, violence, and hate. And I can’t help but wonder if I’m just kidding myself with that fundamental-goodness-of-humanity stuff.

One moment, I’m over the moon that a record number of voters came out for this historic election. We finally smashed through that thick glass ceiling to elect a woman to the vice-presidency! That alone is a clear victory. But then — uh oh — what about the Senate? And I come crashing back to earth.

I don’t know how to be with it all. I’m describing it here as one moment to the next, but in actuality all these feelings and thoughts are in me swirling constantly, simultaneously.

I want to be happy, but I’ve got all sorts of reasons why I ought not to be.  Also, though, at the same time, when I indulge in despair, I get annoyed with myself pretty quickly because obviously I don’t want to be miserable, either.  And of course I can see that there is so much about which to be grateful and for which to be hopeful.  But that doesn’t mean that I should just disregard all my real and reasonable concerns, does it?  So I’m left feeling kinda… meh.

A couple of weeks ago, Travis and I biked over to Whole Heart Farm, a lovely urban farm near the river, where we pick up most of our produce each week. We were chatting with our farmer friend, Josh, about the tumultuous state of the nation. I groaned, “Sometimes it just feels like the world is ending.” He said, “I know, and yet, look at what a beautiful day it is.” We were both right, and we agreed with each other. It feels like the end of the world AND it’s a beautiful day. It’s a beautiful day AND it feels like the end of the world. For my title this week, I cut out the end-of-the-world part because, well, I don’t do doomsday. But I think it’s important to see that it goes both ways. AND connects the extremes and everything in between…

Generally, I’m pretty keen on the both/and of things.   Y’all know that.  I talk about it enough. I think a lot about irreconcilable opposites, and I do my best to embrace Life as a paradox — as one big both/and rather than a bunch of little either/ors — as an inclusive whole rather than dichotomous divides.  That goes for my own essential being, for each of us, and for the world.  We are convoluted, contradictory, ever-changing parts of an Infinite Complexity.

And usually I’m pretty comfortable with the ambiguity implicit in this. It seems like how it’s supposed to be. We study and grasp and yearn and worship and try to forge some sense of the whole shebang, but ultimately it’s a mystery just out of reach, beyond comprehension. I try to avoid absolutes, easy answers, and tidy philosophical boxes. I suspect that anyone who thinks they’ve got anything all figured out is over-simplifying. So I’ve developed a high tolerance for ambivalence — I get that there’s always another hand, another side, another way of looking at things.

I looked up the meaning of the prefix ambi– (as in ambiguous and ambivalent and ambidextrous).  As I expected, it means “both.”  But I discovered that it also means “around” — as in ambience.  This etymological tidbit suggests to me that both/and is more than just an approach or viewpoint.  It’s the very nature of everything in which we’re immersed.  It’s the atmosphere, the ambience — that in which we live, move, and have being.

So all week, everywhere I look, I’ve been encountering mixed messages and contradictions. I’m trying to practice finding peace in it — making peace with it — resisting the need to draw precise conclusions about every danged thing.

I don’t want to use this idea to slip out of my creative responsibility to reckon with reality, analyze situations, make choices, and have opinions. Certainly, we all need to be strong and sure enough about who we are and what we want to discern right from wrong, workable from unworkable, truth from lies. We are being afforded opportunities all the time to choose and create and declare and actualize on purpose, with intention. And I know that both/and sometimes can come off like a feckless deference to “God’s mysterious ways” or something like that. I don’t mean to offer spiritual laziness as a takeaway here…

Allow me to offer another example, completely distinct from national news and electoral politics (not everything is about that, even these days):

I was in downtown Albuquerque, heading home after a walk along the Bosque Trail, listening to music on my headphones, sort of in my own world. It was midday, the sun was shining, when a family of four all in matching Christmas pajamas emerged out of the front doors of Salazar Mortuary, got into an SUV, and drove away. It was the weirdest juxtaposition. I stood blinking on the sidewalk, not sure what I had seen. Were these people mourners, wearing red onesies with Christmas trees on them to somebody’s wake? Had they chosen the funeral home as a setting for their holiday photos? My God, you don’t think they were including a deceased loved one in their Christmas portrait, do you? I’m sure there was some reasonable explanation, but I imagined all sorts of absurd and darkly amusing scenarios. Whatever the case might have been, there was a whole lot of both/and going on in it. Merry Christmas AND Grandpa’s dead. In the final analysis, that’s the big both/and, isn’t it? Life AND death.

I’m not quite sure where I’m going with all of this yet. Maybe nowhere. Maybe that’s it. I don’t know. I think I want to explore, for my own sake, how to be with the ambiguity of things in a way that doesn’t feel so much like a soggy middle. I want to be open to the flip sides without having them dilute or undermine each other. Joy needn’t lack luster simply because there is sorrow. And neither does sadness need to be invalidated simply because there is, indeed, always a bright side on which to look.

Life includes sweetness and ache. And I want to hold it all in a way that I can savor it all. Not half-heartedly because I’m waiting for the other shoe to drop. Or cynical because I can see that it’s a mixed bag. I want the passion and aliveness, the vitality and richness of every delicious and bitter morsel. It’s a beautiful day, AND…

Our weekly celebrations are online every week — a fresh talk and gorgeous music every Saturday by 6:00 pm.  It’s all on the website (bosquecsl.org), on vimeo (vimeo.com/bosquecsl), and on facebook (facebook.com/bosquechurch/).  It’s all also available and shareable forever after, at your convenience.

I heard a jingle on the radio the other day…

I can’t tell if this is an interesting etymological revelation,…