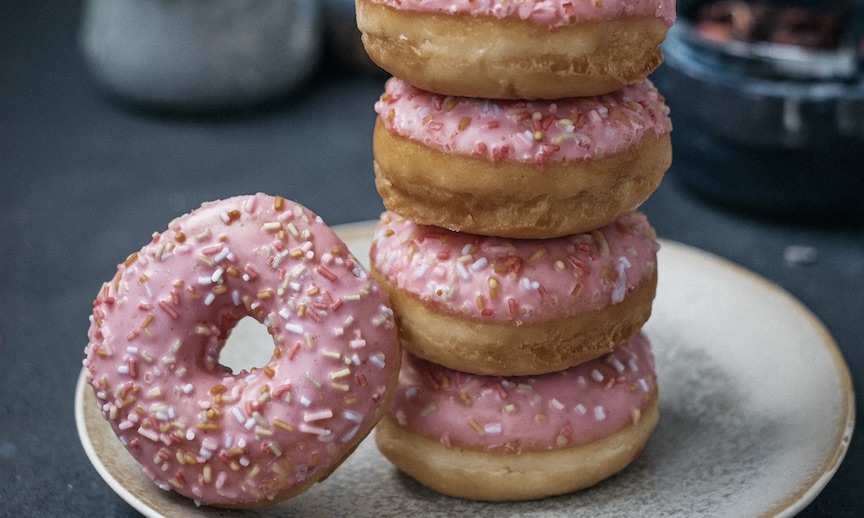 I’ve told you before about my Jar of Good Things. That’s sort of a silly name for what is essentially a basic gratitude practice, but it’s the way I first entered it into my reminder app, how it dings for me every week, and thus how I’ve come to think of it.

For the past five years, every Tuesday, I’ve written on little pieces of paper a few things I’ve appreciated that week. Experiences, people, events — it can be anything. Anything good. I write these good things down and put them in a jar (a vase, actually) that sits on a shelf in the living room. Then on New Year’s Day, I empty the jar out into a pile of scraps on the table, and revisit all these lovely elements of the wonderful year I’ve had, one by one. I compile the notes onto a master list — they’re out of chronological order but that’s okay, that’s part of it — and just bask in the glow of my beautiful life. It includes big things and little things. Sometimes they’re repetitive. It doesn’t matter. The important thing is that it’s all Good.

Over the past few weeks, I’ve loosened up my routine a little bit regarding the Jar of Good Things. Loosened and expanded it. Now I write my notes not only on Tuesdays when it comes up as an action item on my calendar, but whenever something occurs to me. Usually I think of things first thing in the morning or just before bed, but I’m also trying to incorporate the practice when I’m out on a walk or while cooking dinner or in the middle of another activity. Just trying to notice and note the good things. A song, a really pretty lilac bush, a pleasant exchange with a stranger. I collect these little scraps of appreciation throughout the week, a nice kind of clutter, and then on Tuesdays I gather them up for deposit into the Jar.

Anyway, I share this now for a couple of reasons: first, because I’ve really really really needed this practice lately, just to keep myself balanced and/or tilting towards hopeful; second, because it’s felt especially difficult some days. The harder it gets, probably, the more I oughta do it. Not because I want to force an inauthentic good mood, but because I need to remember that I have do a choice about what I’m looking at and looking for. I have a choice about how I frame and depict my life and the world.

I’m continuing my series of talks loosely-inspired by New Orleans. This week, I’ve been musing over the concept of lagniappe. It’s a regional word that means: a little extra something.

Lagniappe can refer simply to a tip, a gratuity for services rendered. But it also can go in the other direction, describing an added perk that a vendor or service provider gives to a customer — like the 13th doughnut in a baker’s dozen, or an extra bag of micro greens from the veggie farmer. It might be a bonus. It’s probably a surprise. Most generally, it means any treat, any unexpected delight.

The way I’ve heard the term expressed is very interesting to me.  Not exactly as a synonym for tip or bonus — not “here’s your lagniappe.”  But more like a philosophy, an atmosphere — “this is for lagniappe.”  Maybe that means the same thing but the slightly different phrasing has got me making more out of it.  To me, though, it sounds like lagniappe is something in the air — the spirit of lagniappe — something in which we can participate through our giving and receiving.  I really like that it goes in all directions, in every direction.

I’ve started thinking about my Jar of Good Thing as a tribute to lagniappe, an expression of lagniappe.  The sweet somethings, the extra special moments sprinkled throughout my week — sprinkled through every day, every hour, if I take time to notice them.

And I’ve also started including in these notes of appreciation not just all the many nice things that have come my way, but also the treats that I contributed.  The things I did and gave, too.  Things I did and gave for others, for Lagniappe.

One important aspect both of my Jar and of Lagniappe is that each individual instance doesn’t have to be anything big or extravagant. Mostly, it’s not. It’s the gazillion little exchanges and encounters that make a life sweet.

When I’m feeling depleted, like lately… Or when the world seems especially messy, like now… That’s when it becomes even more important to attend to the little extra special somethings. Because noticing them can help shift our perception of what otherwise might look like an unmitigated shitshow. And because consciously participating in the flow of lagniappe actually creates a whole lot more of it.

Here are my commitments to Lagniappe this week:

I hope you’ll join me invoking lagniappe together, friends. It starts right here, with us. Service Sunday at 10:00 am at Maple Street Dance Space in Nob Hill, ABQ. XO, Drew