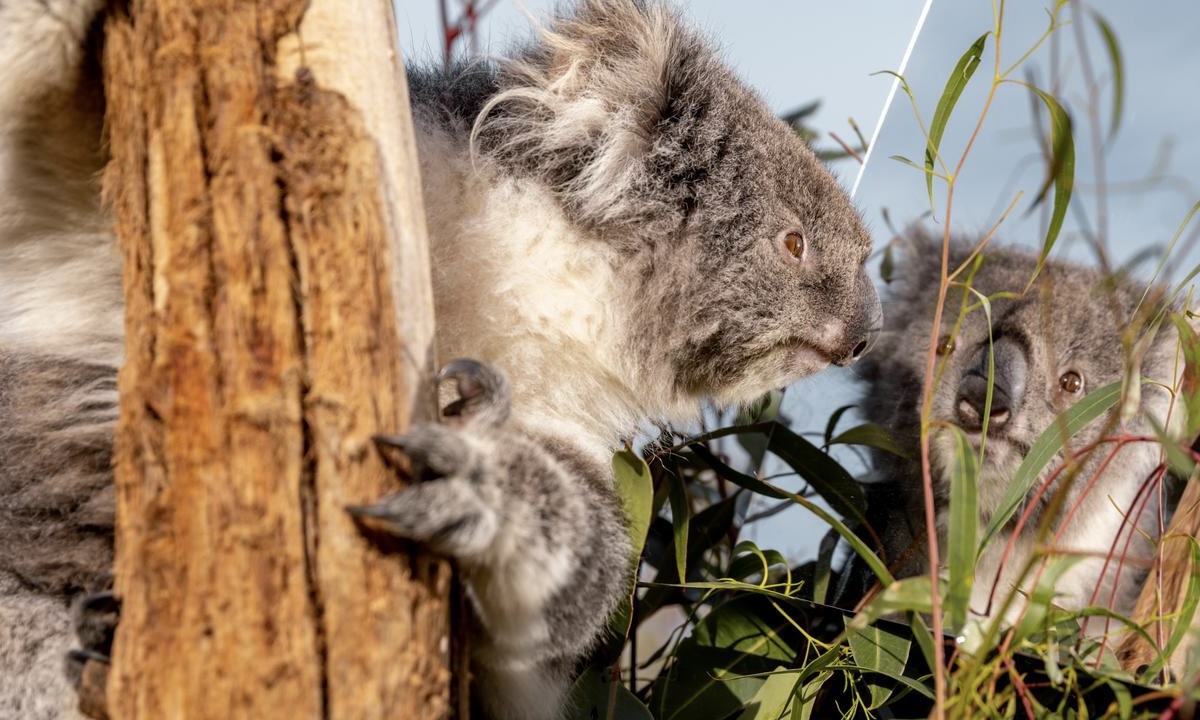 I came across a couple of cartoons this week, from Asher Perlman, who cracks me up. There’s some deep wisdom contained beneath the gags, I think.

I especially like these because we’ve declared this Sunday “Animal Sunday.” Sometime around now is the feast day of St. Francis of Assisi, noted animal lover. We’re doing animal blessings in the park this Saturday (weather permitting). And it’s just nice to acknowledge and honor our special relationships with our pets.

The cartoons remind me that — as much as I love them — animals can be pretty ridiculous. Predictable, goofy, and dense like the sweet dog in the first panel. Or bitter, short-sighted, and self-sabotaging like the ornery cat.

And we’re so much like them! Too often, when presented with the possibility of fulfilling our hearts’ desires, we ask for really stupid stuff.

One of the fundamental tenets of this philosophy, the Science of Mind, is that we live in a world of infinite possibility and that we are powerful, creative agents of it and in it. We are constantly creating — choosing adventures, forging experiences, making meaning, consciously and unconsciously. The basic idea is that the more intentional we are about it, the more it tends to go the way we’d have it. At the very least, if we’re mindful and purposeful, we become better equipped to deal with the stuff that goes sideways.

Of course, rarely is it as straightforward as a genie appearing and saying, “Your wish is my command.” Real life usually is a little more complicated than that. But the premise isn’t that different. The Universe, Life Itself, is responsive. We choose and participate. As we wish, hope, believe, and act, we set new things in motion all the time.

It’s important from time to time to ask ourselves what it is, really, that we’re wishing for.

Franz Anton Mesmer was an 18th century German physician. He developed an early form of hypnotism as a healing practice, so it’s from him that we get the term “mesmerize.” Mesmer theorized that energy flowed through, between, and amongst all living things. He called it “animal magnetism,” and he believed that it could be directed consciously to the healing of all manner of conditions. He’s considered to be one of the early ideological forebears of the body-mind connection and the New Thought movement.

I’d learned a little about Mesmer in some of my studies, but I didn’t remember that he called it “animal magnetism.” We tend to use that phrase now to describe raw charisma, personal chemistry, or sex appeal. Our contemporary understanding of pheromones flows along these same lines. Mesmer meant it, however, for all the myriad ways that we can mentally attract and direct a physical response — not just from other living beings, but in concert with the Universe itself.

Animal magnetism is the Law of Attraction. As we think, so it shall be. What we put out there returns to us. Again, it’s not so simple and clearcut most of the time. But wishes granted have to start someplace — they start with a wish.

So… I’m wondering about the ways that I’m using my animal magnetism like the dog in the cartoon, making bromidic requests for more and more of the same. I mean, there’s nothing wrong with fetching if we like to fetch. But certainly there are some areas of life in which I’d rather play a different game, ways that I wish things were different. And I know that having them actually be different is probably going to start with me changing the story that I’ve got about it — imagining a new possibility. If I don’t want to keep chasing the same stupid stick, I’ve got to envision something new.

And, dang it, I know that I’m even more like that cat sometimes. Cynical, resigned, defensive. Because in the past I’ve been handed lemons, and I’m sick of making lemonade of them, sometimes I just want to say, “Go away! Leave me alone!” Because things haven’t always worked out how I hoped or expected, sometimes it just seems easier and safer to stop hoping. At least that way I won’t be disappointed, right? Problem is, this means preemptively choosing our disappointment. I’m not just throwing away my precious wishes, I’m using them to ensure that things stay shitty.

Fortunately, the anthropomorphic examples in these Asher cartoons probably aren’t the way that our beloved animals really experience the world. I don’t believe that our dogs get bored with their simple pleasures, or that our cats despise the world and everything in it. Also fortunately, I don’t think the zoomorphism tells the whole story, either. While we may at times tend to act like cats and dogs and other critters, we always have the marvelous capacity to choose differently.

We can use our animal magnetism to begin attracting into existence whatever we dare to dream. Plenty, peace, love, kindness, patience, forgiveness, joy, fun, health… Name it, bring your musky magnetic soul to it, and be willing to receive it. I’m not saying that’s all there is to it, but we’ve got to start someplace.

“Start by doing what’s necessary; then do what’s possible; and suddenly you are doing the impossible.” ~ Francis of Assisi

I can’t wait to be with this Sunday, October 9, 10:00 am at Maple Street Dance Space. We’ll have a very special musical guest this week — singer-songwriter Timothy Hill (timothyhillmusic.com). XO, Drew

The new year is the time for my annual job…

CLAP ON CLAP OFF

At the start of our online ballet-afrique dance class a…