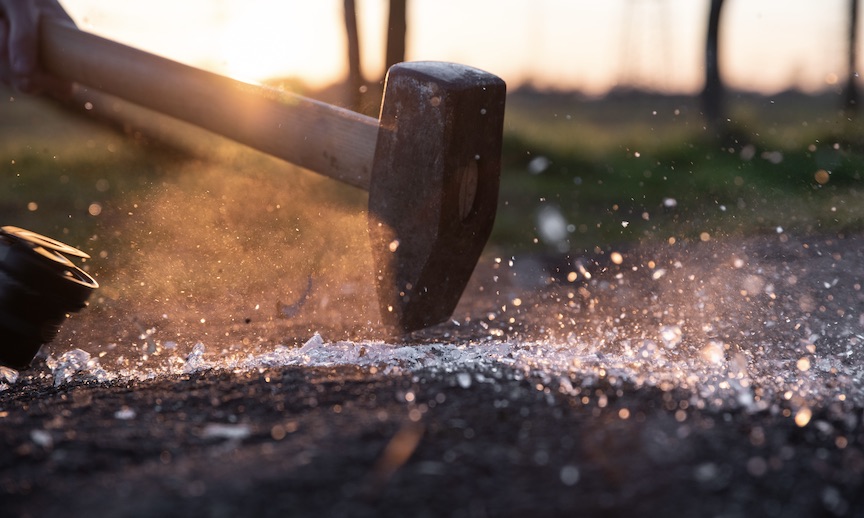 I organize my life with them. Every day, just about, begins with a list. Every project begins with a list. If it’s something involved and complicated, it’ll include multiple lists and sublists, cross-referenced so I can monitor my progress on several fronts at one time.

(Sometimes I wonder if this is merely a semblance of organization, an illusion of control. Also, I know that I can become testy when my list-driven schedule gets interrupted or sidetracked, and that kind of rigidity usually isn’t great.)

But, all in all, the to-do list system works pretty well for me. I outline what I’m going to do, and then I do it. It’s sublimely gratifying. Plan and execute. Intend and complete. Imagine and produce.

Of course, complex undertakings don’t get crossed-off the list so quickly. That’s why I make sure that my daily to-do lists include lots of little items — clean the litter boxes, mail a birthday card, have a conversation with so-and-so — so I can experience a sense of completion as I make my way through the day. The big projects get broken down into small, manageable pieces like this, too, so it always feels like some headway even if the overarching aim is going to be on the to-do list for a while.

A key aspect for having to-do lists be motivating rather than discouraging is that they be do-able. Better yet, that things get done. As important as the to-do list is the already-done list.

The DONE list is an acknowledgement of everything that has been accomplished. Certainly, this includes our big achievements. Also, more subtly and significantly, it honors the gazillion tiny tasks and solutions and creations that comprise our every day. The done list is an appreciation of ourselves and our efforts, great and small. The done list can be a reminder that we ourselves are already complete, even as there always remain infinite things to do.

The new year invariably inspires a deep urge to organize my life. I’ve got plans. I’m making lists that’ll propel me through next December and beyond. It’s not all on a spreadsheet yet, but to make precisely such a spreadsheet is near the top of the list for next week.

This year, I’m going to try to be a little less compulsive about it, though. Item number one: stop being compulsive. Chill out, man.

One of the ways I’ve committed to bring some of this more peaceful balance to my productivity is to pause and pay a bit of gentle attention to what’s already complete. And to consider what could be complete if I would let it be. Some items could move from the “to-do” to the “done” column without any energy or effort whatsoever. Maybe they’re no longer to-do but actually to-done.

It’s not every day that I find myself grooving with early 20th-century Scottish Baptist evangelists, but I think Oswald was really onto something. Probably he was talking about getting clear regarding what’s real and meaningful, and leaving un-done those things that are non-essential and distracting. That seems like solid advice. I would probably describe that as “being done” rather than “leaving it undone,” but whatever.

I think it’s possible, though, that he meant pretty much the opposite of that. The quote seems to work either way. Identifying what to leave un-done — so that we might more wholeheartedly embrace as un-done those items that we really do want to keep on our to-do list. The things that matter, the goals that we’re inspired to keep working towards, the cares and relationships and values that nourish our souls with ongoing engagement.

I’m talking about those worthy pursuits we can hold as un-done but not as our un-doing. Not in a way that leaves us feeling perpetually incomplete. But rather as a yearning which draws forth our wholeness, that to which we are called to bring our complete selves.

I’m ready to begin the year with Wholeness. Already done. Already complete. And eager to get started.

It’s clear that we affect each other. We shape each…