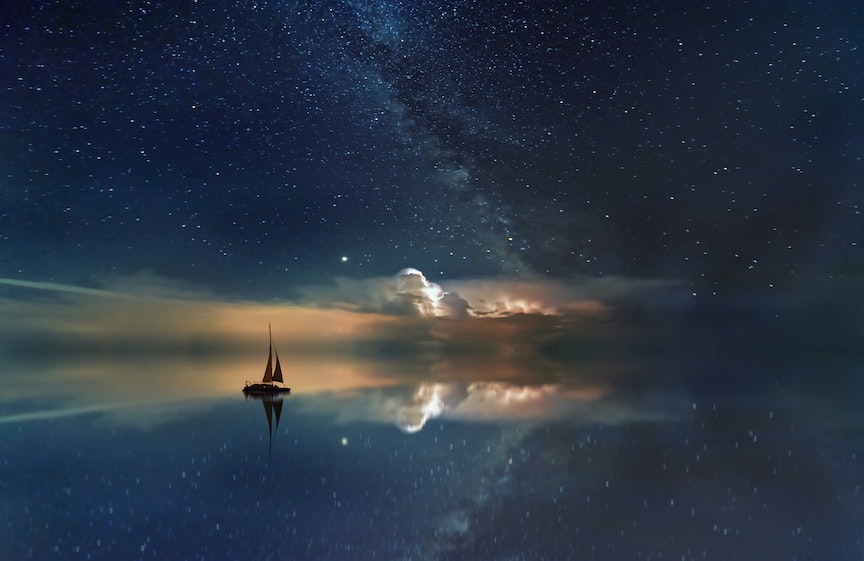 I have been dedicated to studying Spanish this year.  I still freeze in any conversation that comes close to normal speed, but I’m getting pretty good at reading comprehension, and my vocabulary has expanded tremendously.  It’s been one of my primary coping strategies during the pandemic.  When I’m feeling antsy and need to fiddle on my phone, it’s helped to wean me off Facebook.   I’ve taken beginner’s classes a number of times in the past, but on this go-around, I’ve made it so much farther than ever before!  I’m on a 455-day streak with Duolingo, a fun, interactive, language app.  [I wholeheartedly recommend it — they offer every language you can think of, and it’s free if you don’t mind advertisements.]

Anyway, soñar (sueño, sueñas, etc.) started showing up in my lessons last week.  I was already familiar with the word; I knew what it meant.  But I had forgotten that in Spanish this verb — “to dream” — is always followed by the preposition “with” rather than “of.”  In English, we dream of people and things.  In Spanish, we dream with them.

I must have encountered this before, but this time it struck me as very beautiful and profound.

To dream with someone or something feels immediate and connected.  It sounds less like a remote aspiration and more like a recognition of an already-present togetherness.  I’m not saying that Spanish-speaking and English-speaking brains necessarily conceive differently of dreamers and dream-objects.  But I do know that language is darned powerful in terms of how we interpret and experience the world.  And, for me, dreaming with suggests a much more intimate relationship.

Maybe mindfully expressing it as such can begin to create it thus.

When we describe someone as living in a “dream world,” that’s usually pretty dismissive. We mean she’s being unrealistic.  She’s kidding herself, out of touch, probably kind of irresponsible.  I know I’ve accused plenty of people of having their heads stuck in the impractical clouds of fairyland instead of getting real and doing what actually needs to be done, even as I’m prone to romantic idealism, myself.  But I’m rethinking that whole duality — head in the clouds vs. feet on the ground.  Nonsense.  Let’s do both, have both, be both.  With.

I’m not suggesting that we use our dream worlds as an escape or a retreat.  I don’t mean that fantastical thinking should supersede a grounded relationship with experience and actuality.

But maybe we can try to hold our dreams as the stuff with which we already have the capacity to be, rather than things in a distant and probably unreachable elsewhere.

Same thing with our wishes.  How about instead of wishing for, we wished with? And our prayers — instead of praying for or praying to, we could pray with and pray as our hearts’ desires.

In the 13th century, poet and scholar Rumi wrote, “That which you seek is seeking you.”  I suspect that he was speaking to this same idea.  The objects of our imagination and desire are calling to us at the same time that we yearn for them.

As we remember and consciously inhabit our lives with our wishes-prayers-dreams, they are drawn even closer as actuality.

Again, not as idle fantasy.  Not as a whitewash or denial of our very real troubles and struggles.  But as an active, responsible, co-creative partnership with Life.

I dream with you, friends — a world of harmony, beauty, and togetherness.  Happy Earth Day! Join us online for message and music this Saturday (and every Saturday) at BOSQUECSL.ORG and VIMEO.COM/BOSQUECSL.  XO, Drew

“God is the idea of unlimited supply which [people] keep…

IT’S A BEAUTIFUL DAY, AND…

Holy moly, the ups and downs have been dizzying. One…