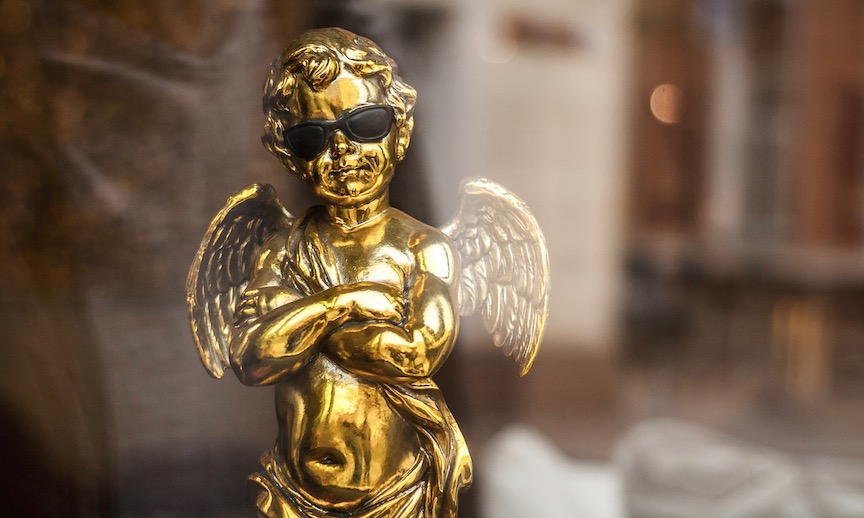 A few weeks ago, I wrote about a yard sign supposedly translated from Chinese, with the tranquil and evocative message: “Do Not Disturb: Tiny Grass is Dreaming.” I got a lot of positive feedback on that piece. Thanks, friends!

A couple of kind readers told me that it reminded them of a Jewish proverb: Every blade of grass has its angel that bends over it and whispers, “Grow, grow.” The saying rang a bell, but I’d forgotten; I almost certainly would have included it in my blog if I had thought of it. So, immediately, I looked it up to see if it might have a place in my Sunday message.

What I found was both surprising and delightful. I discovered that while the adage is usually attributed to the Talmud, actually it comes from the Midrash Rabba. I also learned that it’s something of a mis-translation. More accurately, it reads:

which strikes it and says, “Grow!”

Well then, I thought, this definitely deserves some further exploration. And not just as part of the tiny grass piece, but all on its own. So here we are — smacked upside the head by an angel.

“Mazal” (mazel, in modern Yiddish) is a Hebrew word that has come to mean something like “lucky,” as in mazel tov, or “good luck.” The original Midrashic meaning, however, was “constellation.” It referred to a fortune written in the stars. Also, to the part of our soul that dwells perpetually in the heavens.

So that’s charming, right? The idea is kind of like an angel, but it’s clearly an angel of our own nature — our dharma, our destiny, our soul-fullest Self.

The part that’s really interesting to me, though, is that it doesn’t say anything about whispering. It doesn’t suggest some sweet nothing, a gentle nudge or tender encouragement. Quite to the contrary, the original proverb offers that our heavenly guides are striking us, hitting us, smacking us upside the head with life lessons.

I picture my guardian angel — my own angelic soul — as a street tough wearing leather, kind of sexy with sleeve tattoos and intriguing piercings, who growls in a gruff, smoky voice. Once you get to know Him, you find out that he’s protective and big-hearted, a teddy bear, really, but the first impression can be a little scary. He yells a lot in his Brooklyn accent, saying, “WHAT IN GOD’S NAME IS WRONG WITH YOU?! JUST GROW ALREADY!”

Or maybe She’s a fierce and fabulous six-foot-six drag queen quoting RuPaul, “If you can’t love yourself, how the HELL are you going to love anybody else? Can I get an ‘Amen’ up in here?”

I don’t think I need to settle on just one angel — one embodiment of my mazal — the Midrash says it’s a constellation after all. And if every blade of grass gets one, then each human probably has a whole committee. In any case, I don’t imagine that there’s a lot of whispering going on at my heavenly board meetings. And for sure, experience has taught me that when things really get rocking, Holy Purpose tends to show up pretty rough and physical.

Of course, all of this is only as useful as we make it, or as we want it to be. Maybe it’s helpful to think about our own personal Emissaries from the Benevolent Omniverse, and how they communicate with us. I do like the imagery, but generally I’m more inclined to consider these forces not as something outside of me but rather as inner reminders of my connection to the Whole. Either way, they represent our ideals, yes? Our ideals – aspirations – hopes – vision – dreams – possibilities…

They are the point of communion between our individualized identity and our divine potential, between what we’ve already always been and what we’re perpetually becoming. And sometimes this communion does sound like a whisper. Sometimes, though, often even, it’s a kick in the pants. The point, for me, in this as in all things, is to question — How do I hold it? What am I making it mean? How am I connecting and how am I isolating? How am I feeling victimized, and how empowered?

Whatever their style and methods, the angels are always telling us to grow. I want to be be receptive to both the message and to its delivery. My prayer is to recognize everything — absolutely all of it, even the smacks upside the head — as Amazing Grace. How sweet the sound, indeed.

Be good to each other, friends. Tune in to BOSQUECSL.ORG or VIMEO.COM/BOSQUECSL. New content (message, music, prayers, readings, etc.) available every Sunday and forever after for your convenience. XO, Drew

I looked up the origin of the phrase “true blue.” …