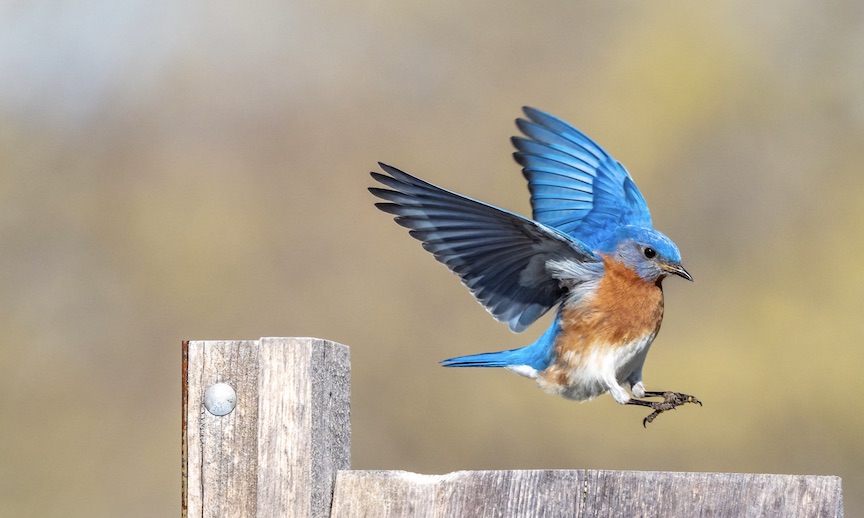 This Sunday, we’re celebrating Blue Christmas, honoring our emotional depths and complexities during the holidays. It ain’t all just fa-la-la-la-la. And we don’t have to try or pretend to make it so.

I totally love Christmas — AND — I’ve got a lot of mixed feelings around it.

Most of us are navigating un-jolly stuff at the same time that we’re immersed in the relentlessly twinkling festivity. While this can feel like something’s wrong — either with ourselves or with the world — I’m pretty sure it’s a universal thing. Off-kilter we may be. But if so, I wonder if any of us is ever authentically on-kilter.

Even if we’re sailing fortunately through a smooth patch of life right now, still, to me, nostalgia and bittersweetness seem more and more to be essential elements of the season. And this ambivalence, like anything else, can be an opportunity to share and connect.

Henry David Thoreau wrote, “The bluebird carries the sky on his back.”

I came across this lovely little sentence while google-surfing. It’s the title of a collection of Thoreau’s essays, observations on nature, that was published in 1970 and which may be just a repackaging of selections from Walden. But it’s been years since I’ve read Walden and I don’t think I own a copy. So I haven’t been able to find any context for the statement. I’m not entirely sure what he meant.

It’s resonating with me, nonetheless. There’s something nonsensical but perfectly true in the idea of carrying the sky. Especially being carried by a totem of happiness. The bluebird of happiness carrying an infinitude of sky, heaven itself. At first this sounds like an unimaginable burden. But perhaps it is also the very thing that offers lift and flight.

I mentioned last Sunday that the geese soaring over our house have felt like encouraging messages from my folks. There’s a thing about birds and departed loved ones in my family. My niece Mary is pretty sure that red cardinals are visitations from her father, Steve Diffendale. “Diffendales turn into cardinals,” she says.

When I officiated my father’s burial a decade ago, a bluebird landed on a nearby gravestone during the ceremony. He listened attentively, and I hope approvingly, to the entire eulogy, flying away only when I was done. Since then, bluebirds have been spotted by my siblings and nieces at other key moments, often during times of transition.

About six weeks ago, we went for a couple of hikes in the Bisti/De-Na-Zin wilderness area in the northwestern part of the state. While driving out on the long washboard road, suddenly we found ourselves surrounded by dozens of mountain bluebirds. “Groveses!” exclaimed Mary. I’d never seen so many of them together like that. Back east, they’ve become a pretty rare sight, and are usually single. But this was a sizable flock, flitting around the car for miles until we hit the highway again.

The next day, in a store window in Farmington, I saw souvenir mugs featuring the logo for “Bluebird Flour.” The salesperson inside told me that Bluebird, milled in Cortez Colorado, is the only flour that Diné people will use to make fry bread. I bought those mugs for myself and for my brother and sister.

I don’t know that there was any special significance to those birds — the ones around us on the road or the ones on the mugs in the shop. I’m just noticing that I’ve been re-attuned to the bluebird lately, so when I read the Thoreau quote, it really popped.

I’m struck that it’s not the weight of the world the bluebird carries, but the sky. And I wonder what the sky weighs…? Everything or nothing. The unknown. Possibility.

Sadness, loss, and uncertainty can be crushing. Heavy circumstances seem to hold us down. Life’s accumulated ponderosity leaves us feeling ever more earthbound.

Perhaps the lesson of the bluebird — this message from my lost loved ones — is: rather than resisting such enormity of feeling, we embrace it. Even during the holidays, especially now.

Letting our broken hearts be open to the sky. Our weary backs lifting into all that we’re holding. Allowing that that which first seems a burden can, in actuality, be our healing connection to each other and to everything.

If we can carry the sky, it seems to me there’s not much we can’t do. Truly, we could fly.

We’ll have a sweet ritual at service this Sunday. And Bryn Kimball will be our special musical guest.

I can’t wait to be with the befuddling mess of all of us. Please bring your whole self — you are the reason for the season, my friends! XO, Drew

I came across a couple of cartoons this week, from…

The sacred shouldn’t suck.   For the past decade, I’ve…